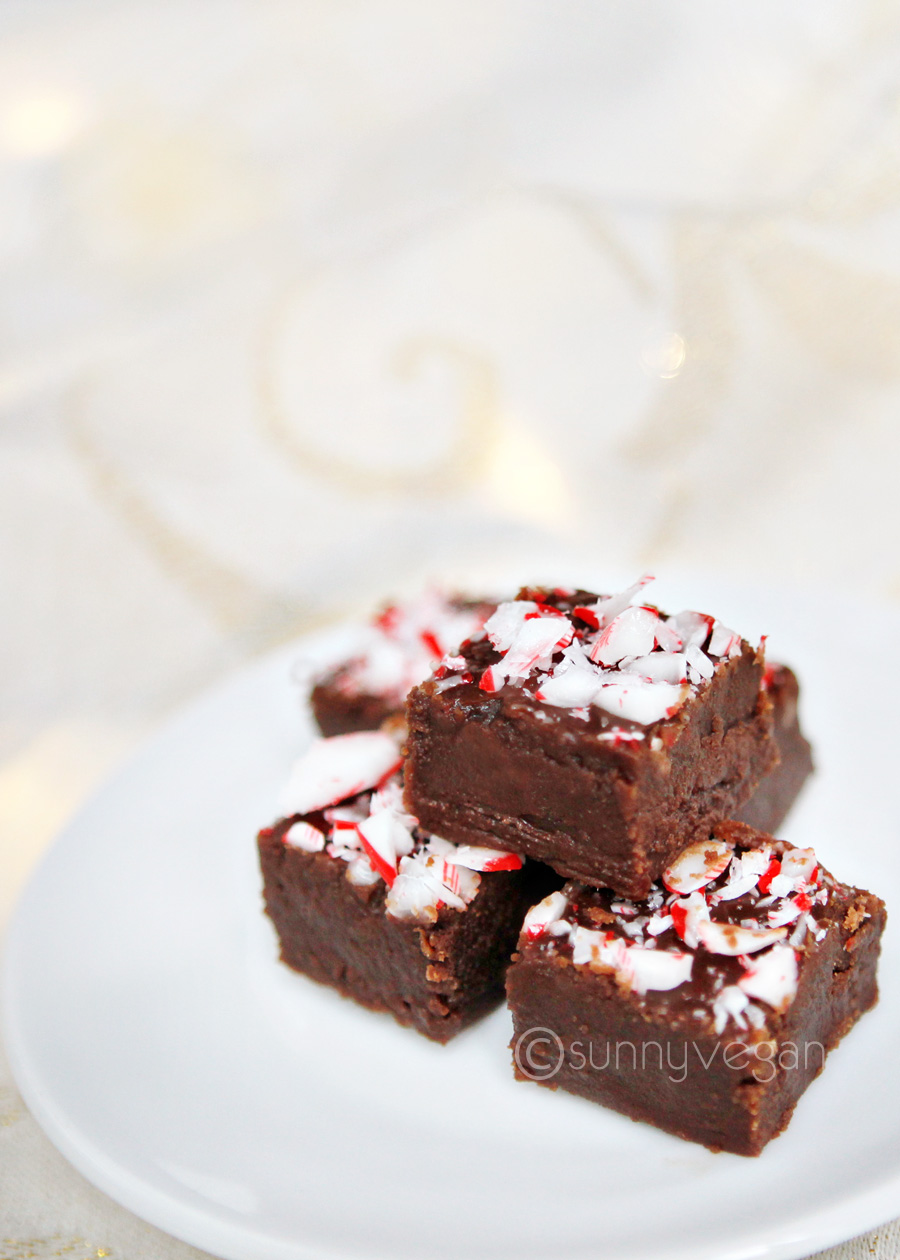 I don’t really eat a lot of sweets, and I don’t normally allow the girls to have them either. There are exceptions, like the Holidays, when I do allow some leeway for something like this old fashioned peppermint fudge. When I decide to have something sweet, it had better be worth it and this fudge is TOTALLY worth it.

Starting with turbinado sugar, fair trade cocoa and vegan milk ( just like we did for the best hot cocoa) ensures a delicious and tasty treat. While I recommend using a candy thermometer, I don’t have one and managed just fine. I have been meaning to get one and it’s on my Christmas list, so I have to see if there is a sparkling thermometer under the tree for me next week.
Most of my recipes are completely original, but this one is based on Hershey’s Kitchen rich cocoa fudge recipe.  Not only is the Hershey version not vegan, it doesn’t address the issue of Fair Trade cocoa which is very important to me. How can I serve my kids a treat knowing that child labor and unfair wages are involved? It’s easy to find the fair trade symbol in the stores, you can read more about it here.

I did cut these into 36 squares, pretty for the photos, but this is so rich, half a square is plenty.

combine sugar, cocoa and salt in heavy 4-quart saucepan, stir in milk. cook over medium-high heat, stirring constantly until mixture comes to full rolling boil. next, boil without stirring, until mixture reaches 234°F on candy thermometer or until small amount of mixture dropped into very cold water, forms a soft ball which flattens when removed from water. *bulb of candy thermometer should not rest on bottom of saucepan    remove from heat, add earth balance and vanilla. DO NOT STIR. cool at room temperature to 110°F (lukewarm). beat with wooden spoon until fudge thickens and just begins to lose some of its gloss. Quickly spread into prepared pan and sprinkle with crushed candy canes; cool just until set then cut into squares. store in tightly covered container at room temperature. makes about 36 pieces or 1-3/4 pounds.